Late last year Wandsworth Council did an initial consultation to (along with other improvements) remove the white lines along the paths where cycling is permitted on both Wandsworth and Tooting Commons. The council is currently doing a second consultation on that for, I believe, statutory reasons.

There is a petition doing the rounds implying that our council is seeking to remove the cycle lanes. For those of you who are local, you may know that it took 10 years to get approval to allow cycling on the specified paths over these commons. I took some pictures this morning as I cycled over the common: 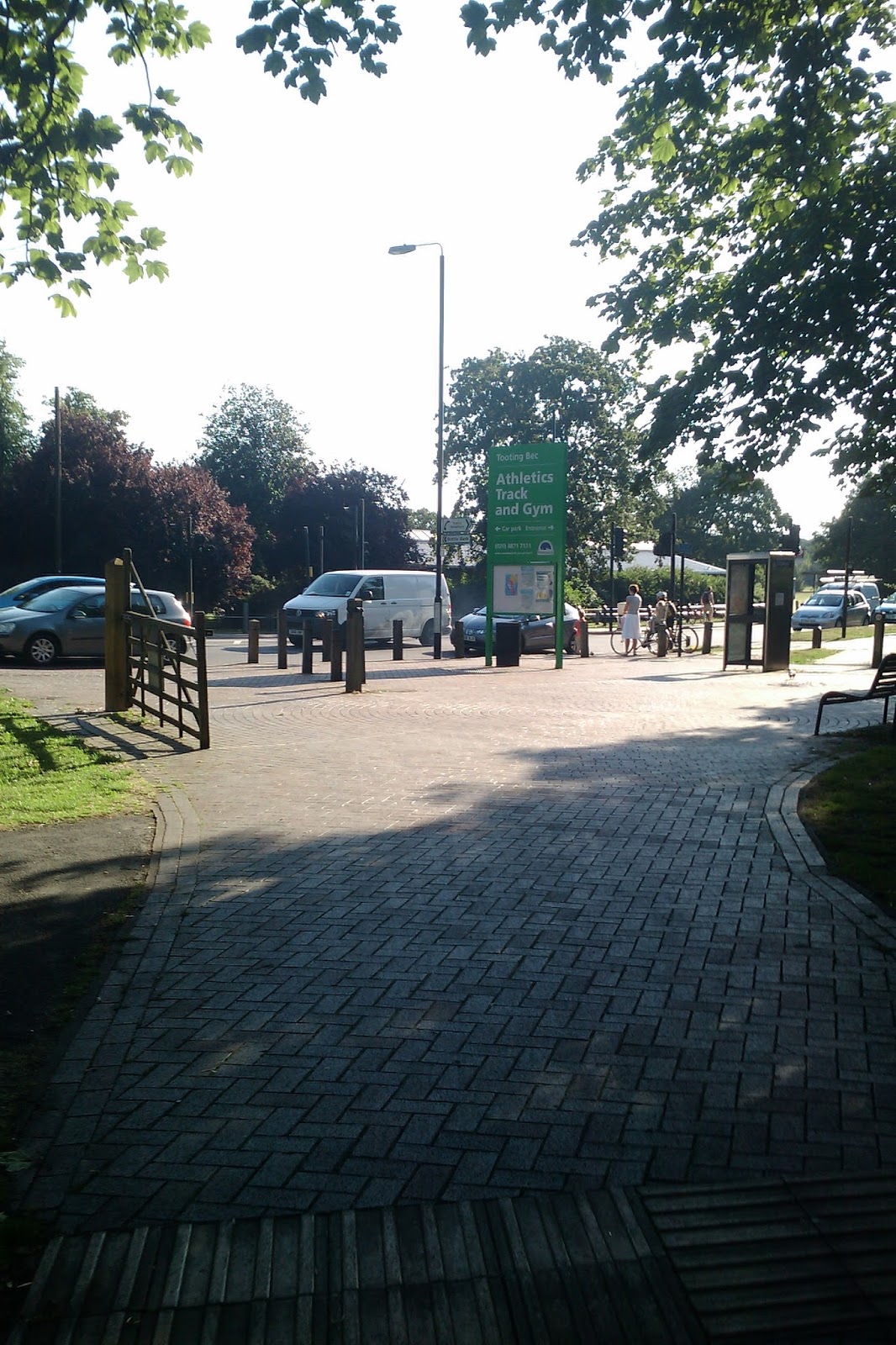 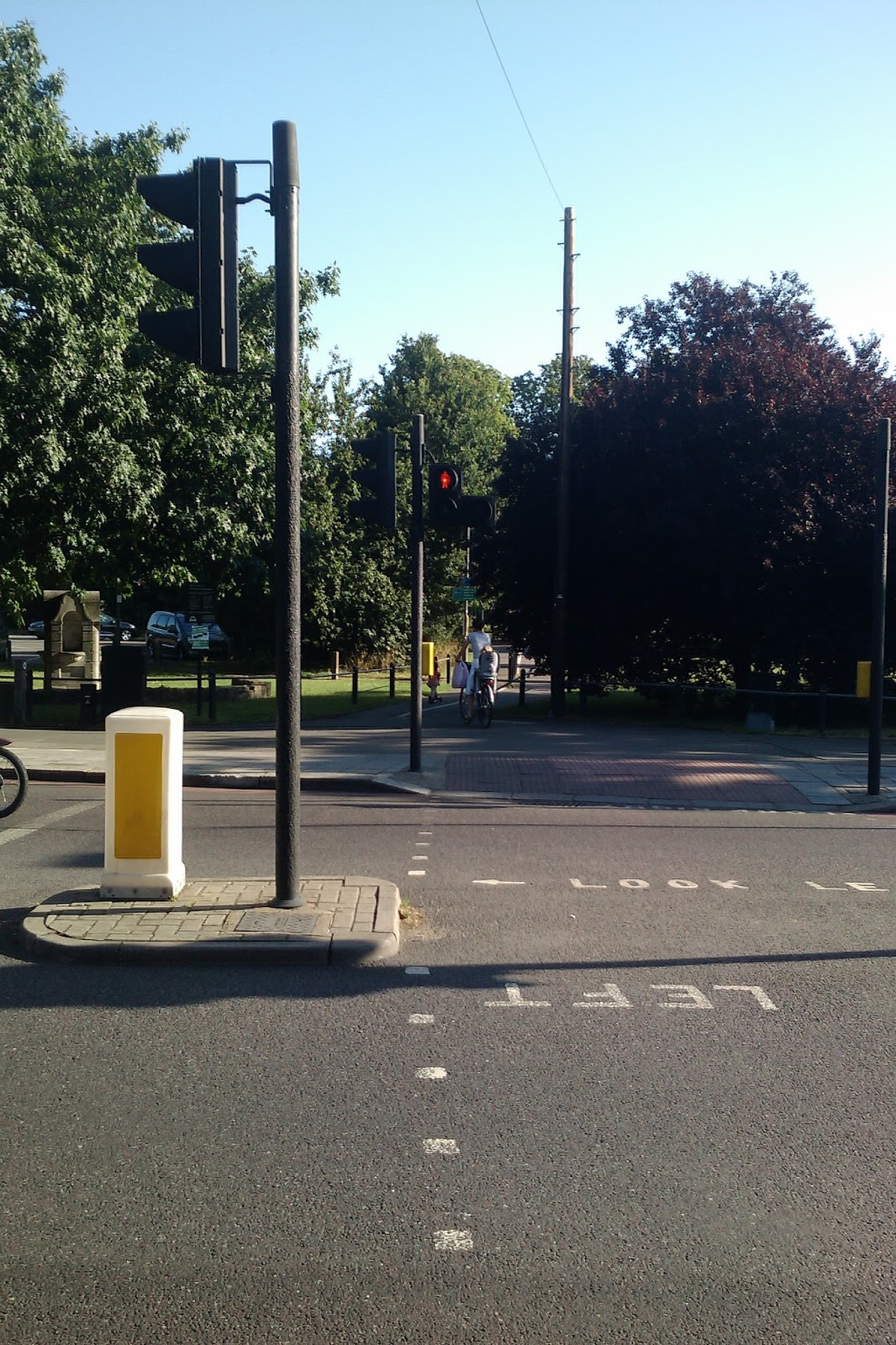 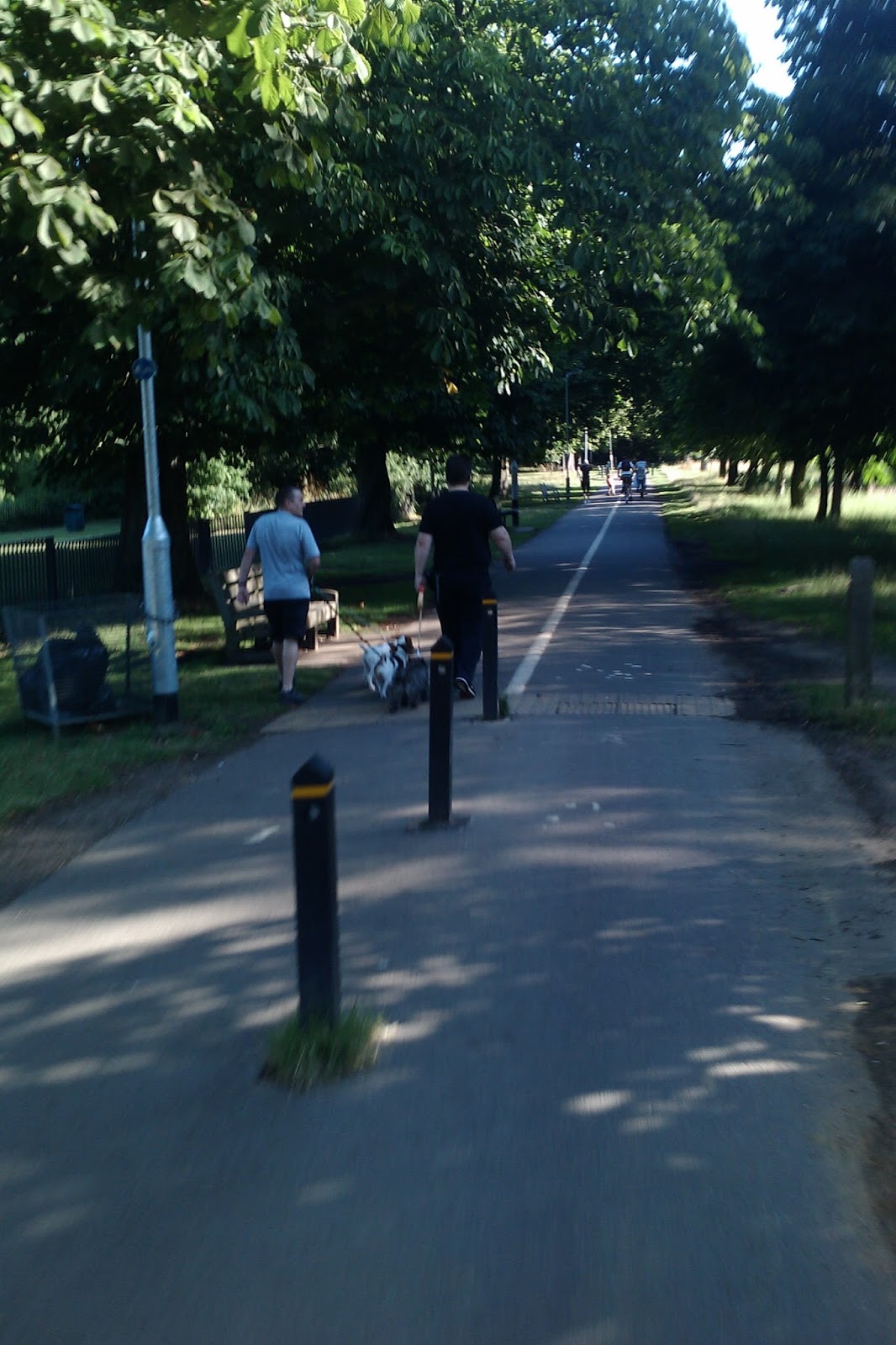 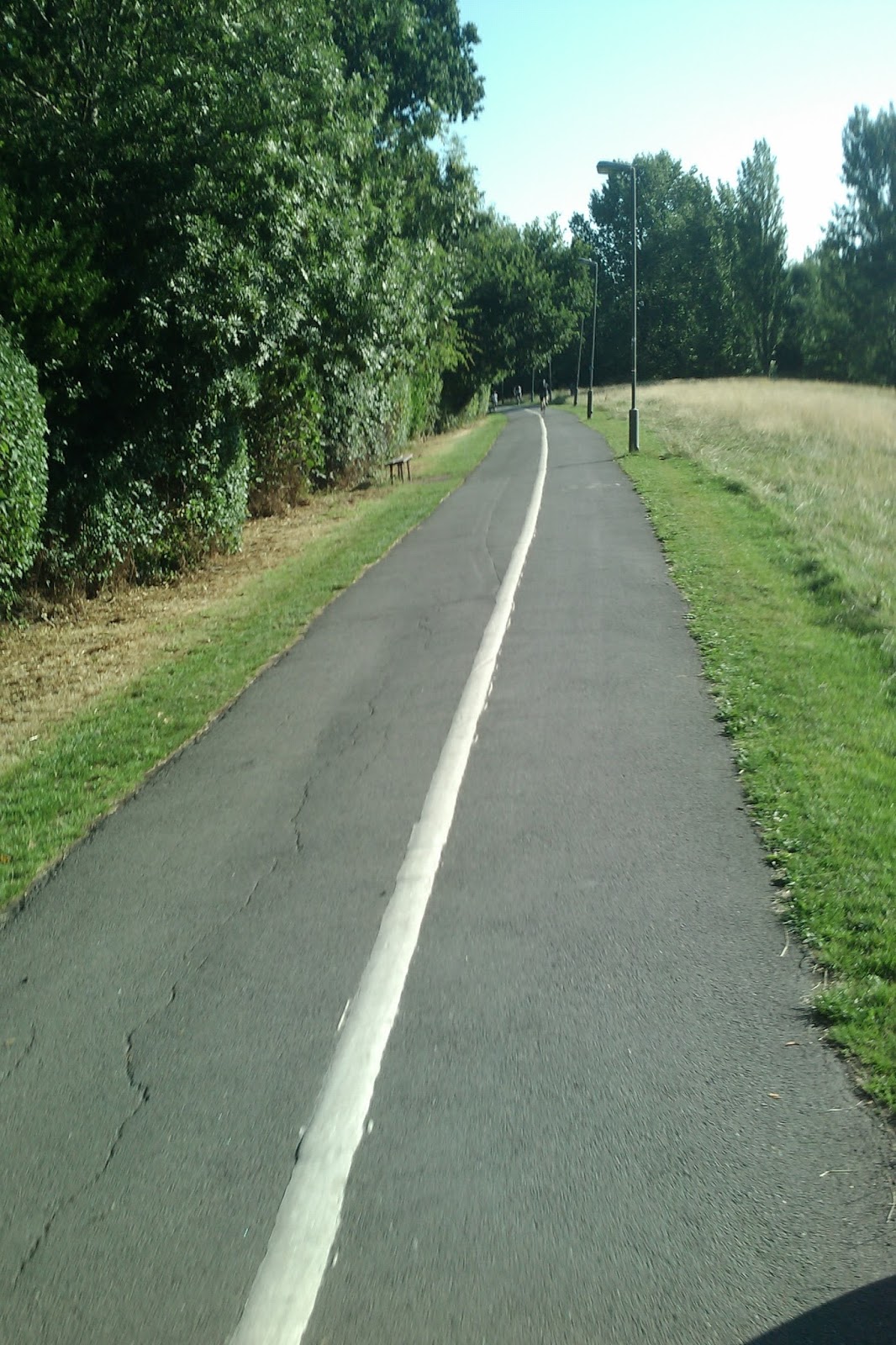 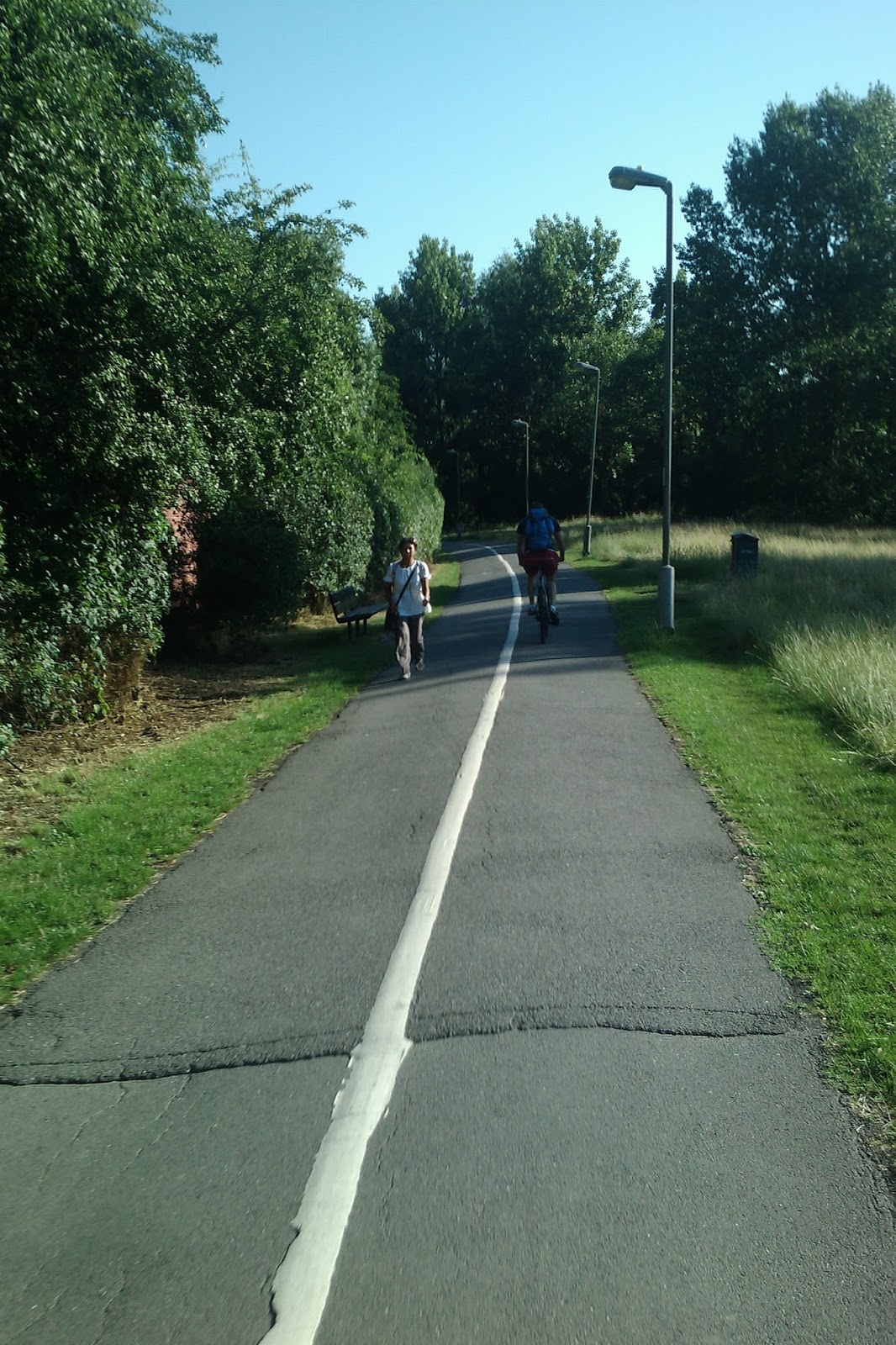 For the record, I'm completely in favour of segregated cycle tracks alongside main roads, and for there being proper provision provided so that people can choose to cycle any local trip of their choice. Looking at the local data (on Tooting Common) of recorded incidents (i.e. crashes) involving bicycles, as I understand it, the white line was a contributing factor in those incidents. When wet it is a slip hazard.

Those who argue that we should keep the white line as it's a bit of "cyclist" space, are I believe wrong. The path is too narrow as it stands to really have a separation between people on or off bicycles. There would be massive opposition at present to proposals to expand the path, as it would be seen as taking space away from the common. Before I'm slated for putting this across, this is what I understand from having been involved with local groups. If you follow my blog, and twitter feed, you'll know I'm very keen on getting tangible change to improve local conditions (particularly transport/environmental ones) for everyone.

The good news, is that lots of people both use the paths as a cycle route, and are keen to see improvements locally too. I hope that you'll be able to support a number of petitions that I'm running locally.

Regarding Tooting Common, I've set up this petition, asking support to do a trial, and see if Dr Johnson Avenue could become a walking/cycling route. Check out the petition in full here, and I hope you'll support it.

A public enquiry ensued following the difference of opinion between local users and the petition calling for the white lines to remain.

You can view the letter from the inspector to the council here.

You can view the whole report here.

In short, the inspector has found in favour of the council removing the white lines.