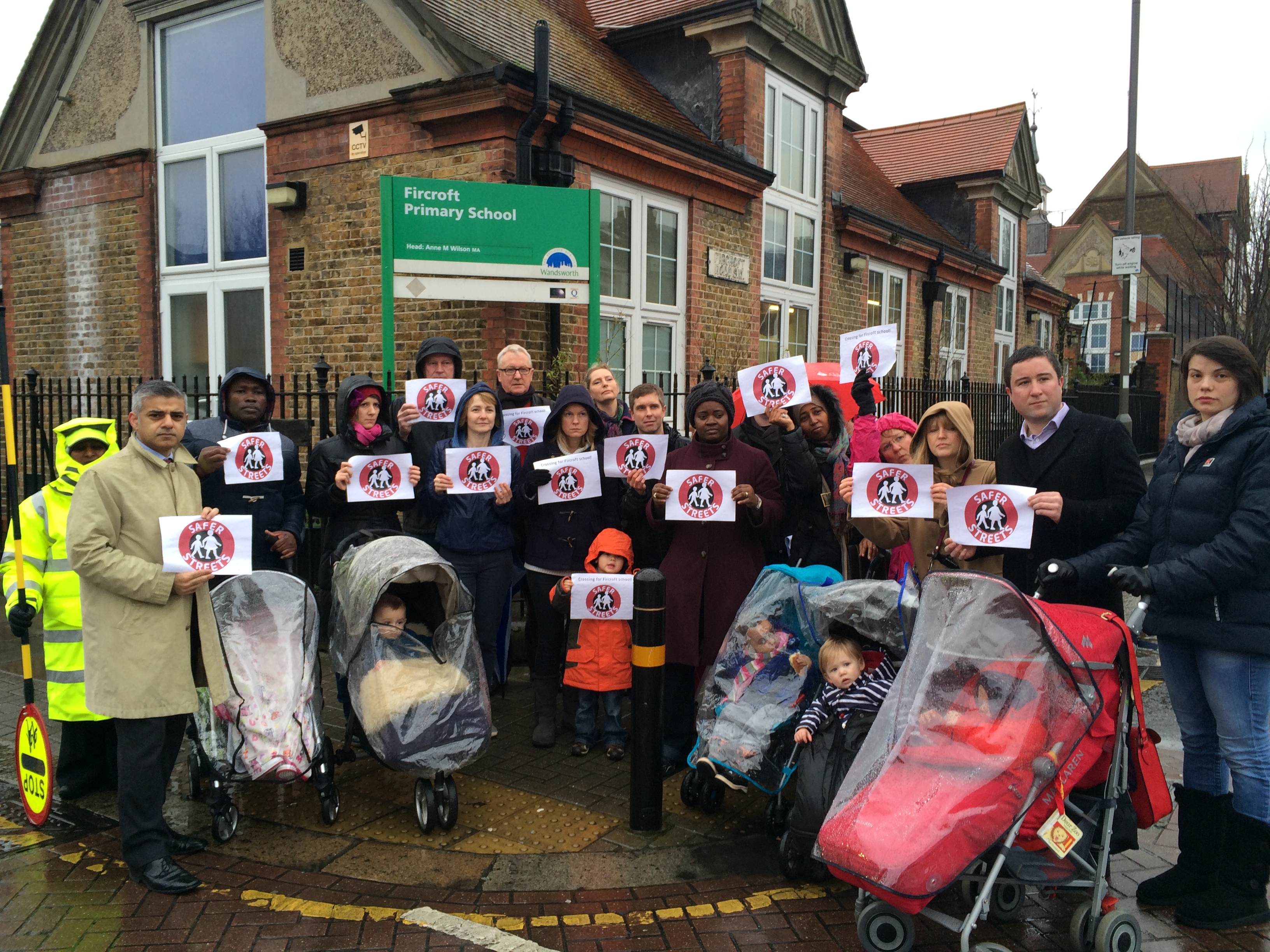 Quite rightly there has been a lot of discussion recently about road safety. In the run up to the local elections alongside the discussions for Fishponds Road, the parents of children going to Fircroft Primary school voiced their concerns via a petition (organised by Tooting Labour) for a zebra crossing.

You can see the paper going to committee next week here with the council's response to the petition.

In my view, there are two ways to look at Labour's support for this petition - cynical or inept.

Why could it be seen as inept?

The local Labour team should be well aware of the policies that are in place to get change to happen. If they aren't, little wonder that problems have dragged on in Tooting for years. Instead of engaging with officers, and the petitioners to confirm the number of signatures needed and then forcing the council to act in light of their campaigning the result is frustrated local residents.

Why could it be seen as cynical?

The local Labour team are likely to have been fully briefed as to what was needed to effect change. They were more interested in being seen to support change than actually deliver it. Politics at it's worst and part of the reason why in my view there is a distrust of politics.

Further illustration of Labour's desire to campaign on issues which have already been decided is their 'campaign' for cycle parking on the Heritage Estate. Over a year ago with the Wandsworth Cycling Campaign I successfully campaigned to get Bikehangars to Wandsworth. We are pending formal announcement, but the decision has already gone through committee. Now that the council is very close to announcing a trial, lo and behold Tooting Labour are 'campaigning' on this issue.

On a positive note, it does seem from the other papers going to committee next week that there is a huge amount of progress being made as a result of the work of civic society campaigners across the borough. Indeed it does seem that work is in the pipeline for major improvements to Tooting Broadway, something that I've been keen on for a number of years now.

If you would like to join me and the local Lib Dems really campaigning to improve Tooting (whether we win or lose elections) drop a line to info[at]wandsworthlibdems.org.uk

Inactivity is killing us (Political & Physical) 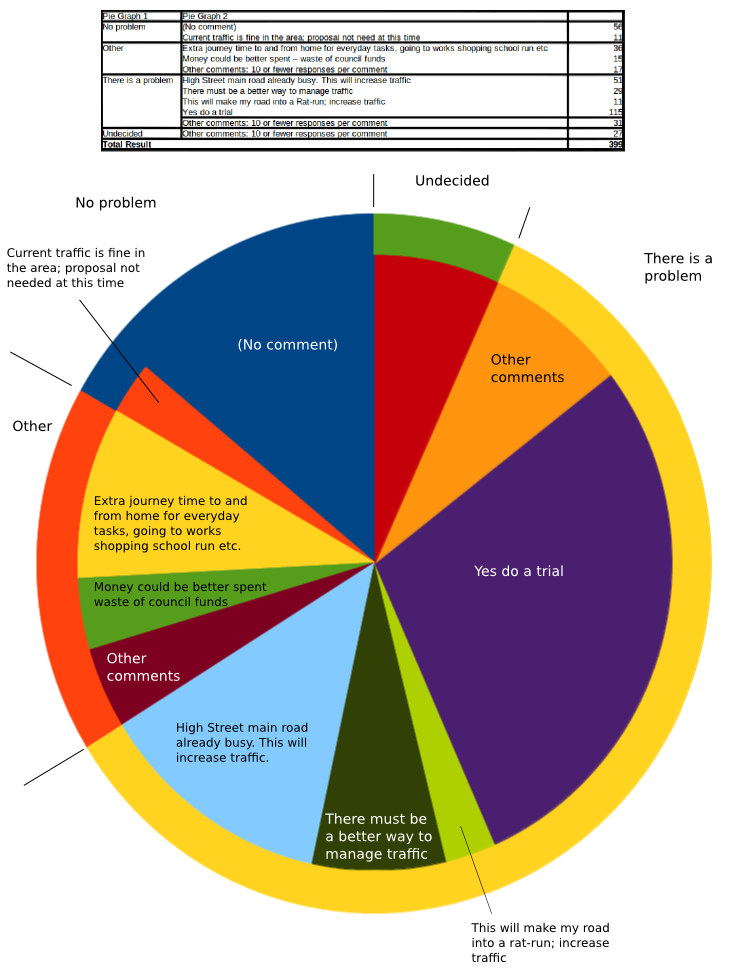 Public Health England is currently consulting on 'Everybody Active, Every Day':
https://www.gov.uk/government/consultations/everybody-active-every-day

An extract from the first document (An evidence based approach to physical activity) on the link above:


Inactivity is killing us
Physical inactivity is responsible for 1 in 6 (17%) of deaths in the UK. This makes it as dangerous as smoking. Yet over a quarter of us are still inactive, failing to achieve a minimum of 30 minutes of activity a week, and in some minority communities this falls to only one in ten adults. Whilst measurement differences limit direct comparisons, international studies using a single methodology consistently demonstrate that we lag behind most other similar countries in reducing physical inactivity.


In Tooting as you can read from my previous post about Fishponds, and the unanimous decision to do nothing by Labour and Conservative councillors on a recognised problem. The pie chart above highlights that there is a consensus that there is a problem, just a difference of opinion on how to fix it.

The second document (Implementation & Evidence Guide) in the consultation on 'Everybody Active, Every Day' has the following extract (pg 9):


Road transport contributes to a number of health hazards and health inequalities, causing air pollution, noise and injuries, particularly in urban areas. More disadvantaged areas tend to have a higher density of roads and traffic. Pedestrians, cyclists, and users of other modes of transport that involve physical activity need the highest priority when developing or maintaining streets and roads. This can mean re-allocation of road space to support walking and cycling; restricting motor vehicle access; introducing road-user charging and traffic-calming schemes; and creating create safe routes to schools. Such policy changes have prompted substantial shifts from car transport to walking and cycling.


Other boroughs of the same political colours representing Wandsworth today are cracking on with making these necessary changes happen. Why is it that both parties, Labour and Conservatives, locally seem so reticent to engage with the evidence base for the benefit of all?

A chat with Dan from Putney Social

Last weekend I popped down to Putney and caught up with Dan who runs Putney Social.


Since then London Cycling Campaign have posted this, a quick way for you to show your support for their latest proposals for new Cycle Superhighways in the centre of town.

Why Tooting should support TfL's proposals for new Cycle Superhighways

You may have heard the news this week that Transport for London have launched two new consultations for a North-South and East-West cycle superhighways that will run through the centre of London.

You can, and should respond supporting these consultations on these links:

For sure there are some details which could be improved as with any major project, but the core thrust of what could be will be a game changer.

You may be thinking if you live in and around Tooting / Balham, this is all quite nice, but actually I don't really go into the centre of town so this doesn't really affect me.

It does for the following reasons. A few years ago I proposed radical changes to Balham High Road. The Mayor announced funding for TfL to work on it this spring. Looking at some of the details in the Blackfriars Road visualisation gives me a lot of hope that the consultation for Balham High Road next year will be of similar quality.

The proposals for the centre of town show everyone that not only is TfL is capable of doing high quality street design. It also shows that campaigning does work. These proposals wouldn't exist without the efforts of campaigners across London and the London Cycling Campaign.

Will it slow down traffic?

Experience from New York suggests that it won't.

Please support the consultations. There are organisations and individuals who don't think that what has been proposed will work, or that it is needed or that people deserve it.

I'd like my children to be able to grow up in a London where as a family we can all ride into the centre of town and the only worries we might have would be if it's going to rain.

PS - I'd also add that the proposals to deal with rat-running on/around the Fishponds Road area, in my view are part of the wider solution to improving our streets. Current views from our elected representatives is that doing nothing is acceptable.
Posted by Jon at 00:52 No comments: