Parking, let's face it, it's a frequent issue which crops up locally (and isn't exclusively a problem limited to Wandsworth). Usually the main issue is that there seems to never be enough space, or at least there isn't right where you want it.

Given these concerns any changes to our streets which involve modifying the current parking arrangements can be fraught. Fortunately for local residents, if you are of the shrinking number who do own or purchase a car, Wandsworth council can facilitate residents' car parking permits where needed. Or, in certain parts of the borough, you can park your car without any further charges required.


Sadly the same is not yet true if you would like to own a bicycle and park it on the street near your home.

Fortunately Wandsworth council is sympathetic to the needs of people who would like to have the facility shown in the picture above. I'm hopeful that soon they will be a normal part of our streetscape in Wandsworth.

But, to get just a couple of these lockers onto our streets, local residents currently need to get the support of around 25% of their street.

Seems a bit of an overkill to me, as I could buy a car and take up a car parking space without asking any of my neighbours. But to be able to park my bike on the street in either a locker like this, or indeed just having some bike stands on the carriageway requires quite a bit more effort, at present.

There is significant demand for these lockers. Lambeth who have initiated the scheme now have 40 on their streets, with lots more demand. As people see them, they are interested to know how they can have one near their homes.

I'm optimistic that soon, i.e. once the initial few petitions have gone through, Wandsworth council will be able to include the request for bike parking in the same way that residents can request a car parking permit.

Ultimately irrespective of how we travel, the ability to park our vehicles in our streets should not be purely the reserve for private motorised vehicles.

Whilst officially Wandsworth council policy is not to favour any mode of transport over another, the efforts required for parking of one vehicle when compared to others suggest otherwise.
Posted by Jon at 02:19 3 comments:

Nightingale Lane - the start of a positive new approach?

The other week I had a very constructive meeting with some council officers regarding another local scheme.

In discussion it transpired that one of the officers had implemented the Nightingale Road scheme. The officer explained that they have seen it in action and it seems to be working as intended. The concepts underpinning the scheme have been brought in from overseas.

I've given some thought to this new approach, and I believe that there are some exciting positives which we as a local community, council and councillors can learn from.

Given that a lot of people have been critical of the scheme I was interested to learn more. I'm a strong believer that we should allow our local representatives and officers the opportunity to trial good ideas from elsewhere. Indeed, this principle is one that I would like to see encouraged. It would allow us to borrow from best practise examples of street design from other parts of the world, so that we don't have to re-invent the wheel.

If you aren't familiar with the area, I took these pictures the other evening. Apologies for the quality of the photos, but you get the idea.

I would highlight the following. The road surface has been smoothed which is great. The width of the carriageway is quite wide. The build outs create a number of "pinch-points". Arguably for significant stretches of the road there is enough space for cycle tracks, particularly if we could reallocate the limited number of car parking bays which exist along this road. 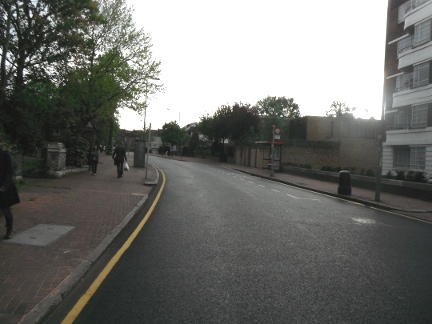 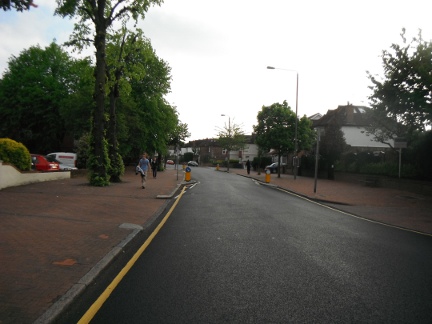 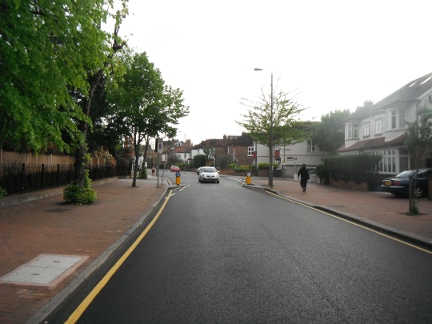 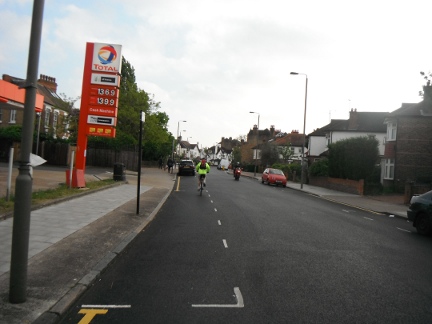 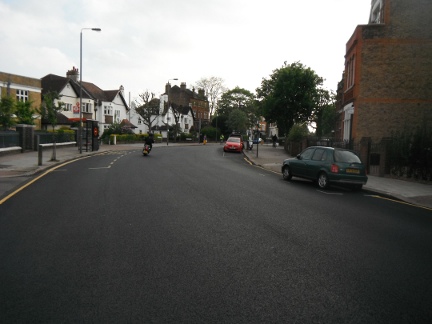 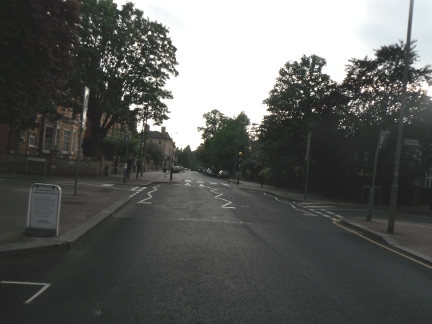 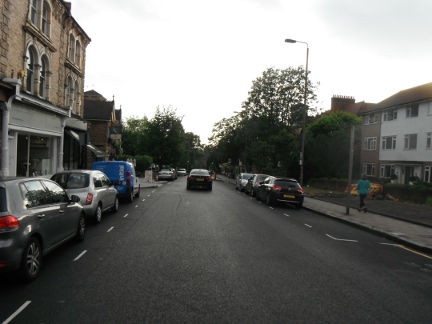 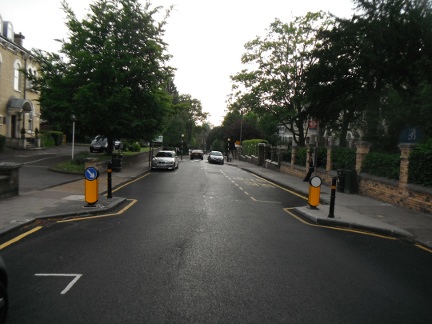 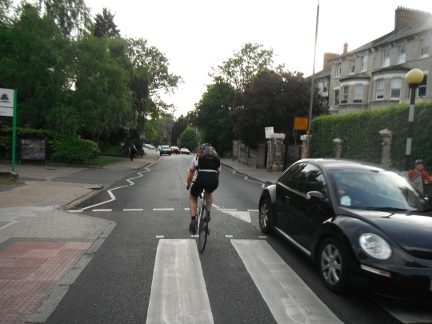 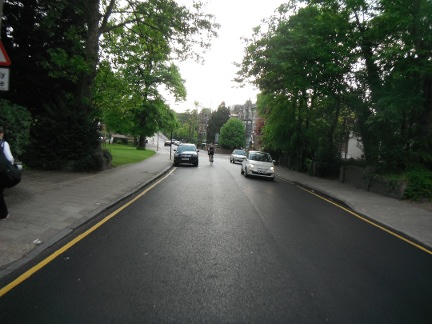 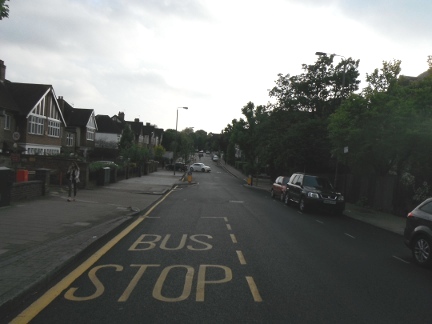 From what I understood, the principle of the new layout is to increase the sense of danger that people have when using the road, thus making road users act in a more responsible manner. The evaluation of the scheme will involve an analysis of RTCs (Road Traffic Collisions), road traffic speeds and volumes and comparisons to pre-scheme collected data. As well as correspondence/comments received from the local community and ward councillors.

Sadly, if we are looking to create streets where people aged from 8 to 80 can view walking or cycling as safe and attractive options I don't believe this type of street design is going to deliver.

From comments received from people who do currently cycle many have commented that they don't feel safer. This is likely to result in fewer people cycling along this route, which statistically is going to drop the number of people on bikes involved in RTCs. I don't think that this type of design presents cycling as an attractive option to travel short trips when compared against other transport options.

We need to adopt new approaches locally to our street design, and be prepared for the council to make mistakes. We also need to ensure that we learn the right lessons, and measure the results of new schemes properly. I hope that the views I'm expressing here can be included in the mix when this scheme is reviewed.

The meeting for which I was principally with the officers for was to discuss a new approach to dealing with rat-running. I'm hopeful that it will work. In the event that it doesn't I'm also hopeful that we will all have learnt from the experience, and can apply the lessons to other streets in our borough.
Posted by Jon at 05:37 6 comments: