A vision who's time has come. Incredibly excited about this project, which I put forward in the autumn to Wandsworth Council.


In case you are wondering what I'm excited about, don't worry hopefully the following pictures will explain. If you aren't familiar with this part of London, here is a streetview picture to give you an idea.

I visited Paris last year, and took a picture of this, as I thought that this kind of idea could be replicated here in London.

So I took to my spreadsheet and google satellite view. Measured up the street, and then did this roughly to scale map. On the left is the crossing where Balham Tube station is, so under the bridge for those who know it. 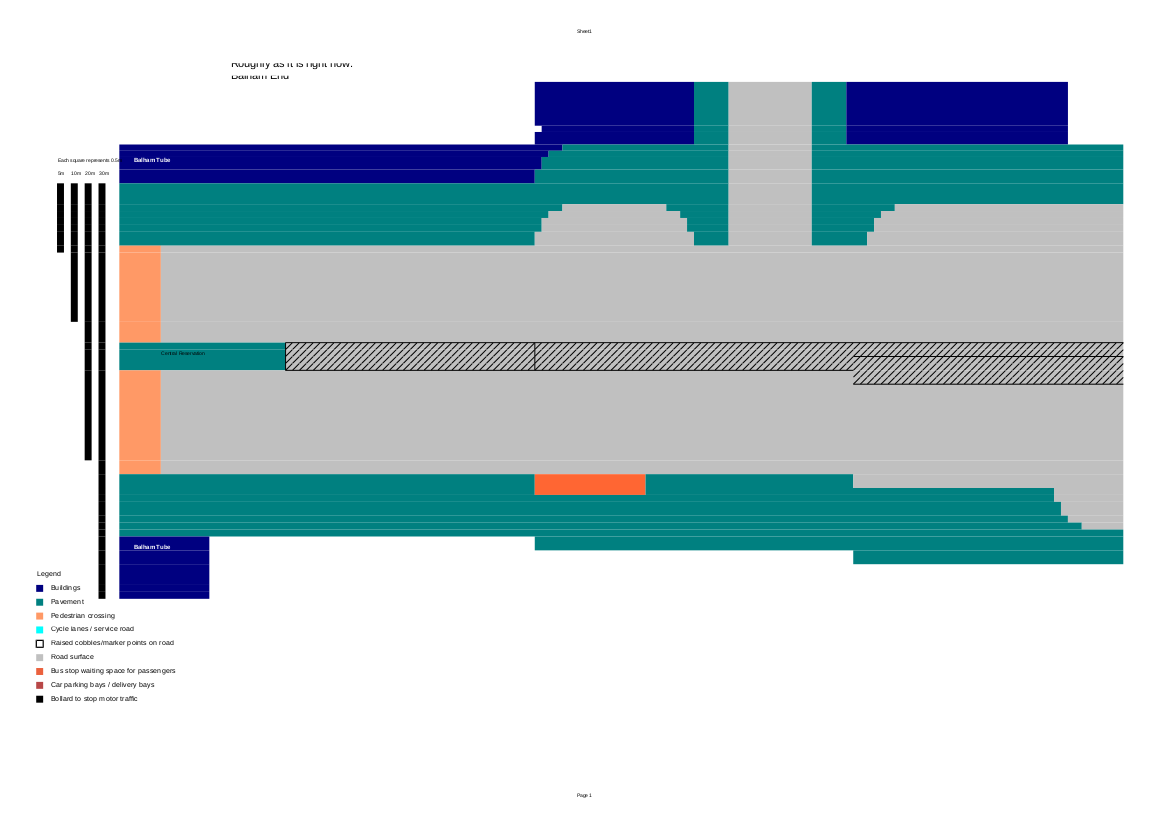 Then, having a plan of what space is available, I played around, and came up with the plans in the pictures below. 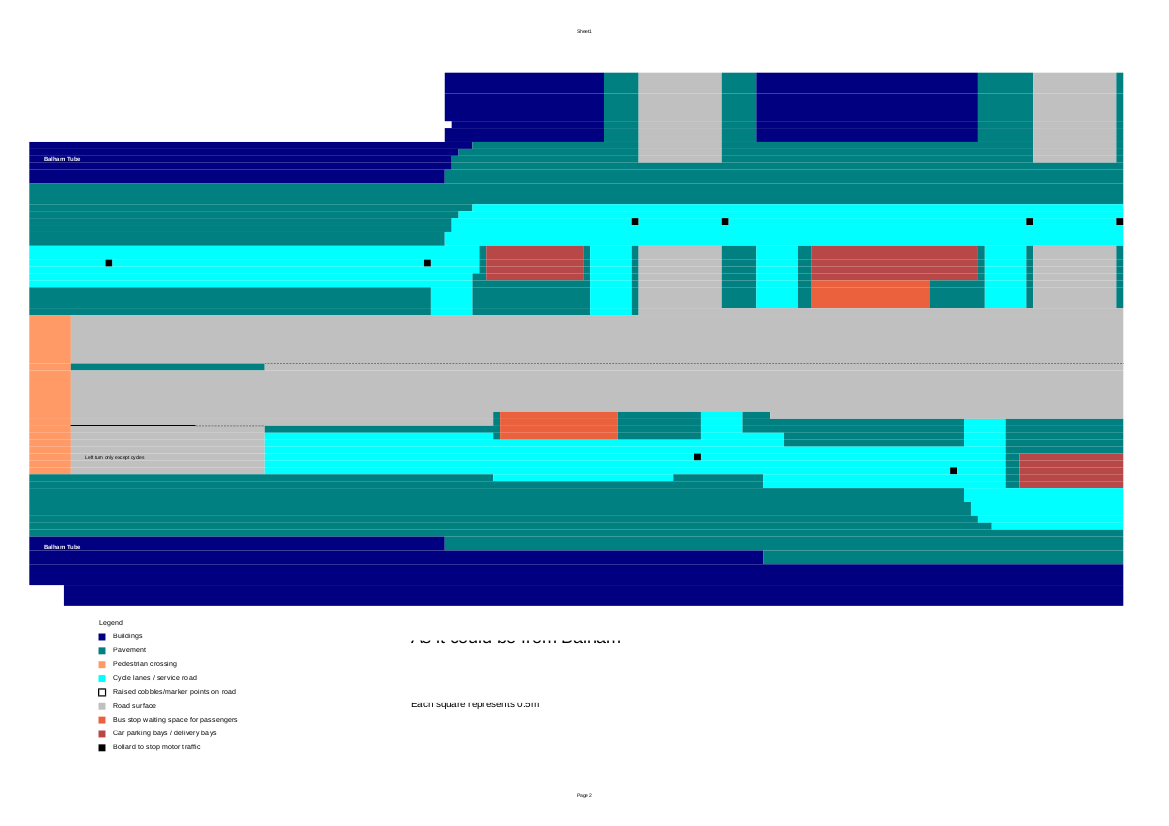 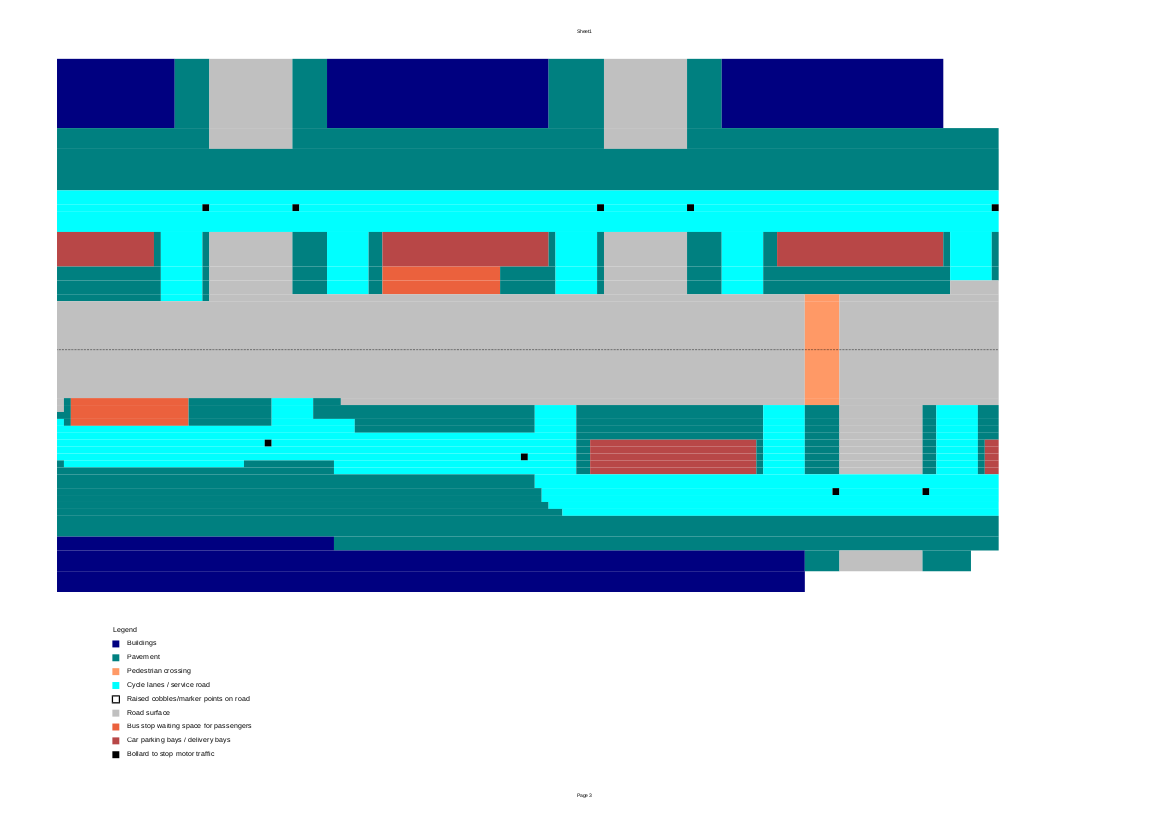 The light blue is what I'm terming a 'service road'. It will be essentially segregated cycle route most of the time, but does allow people in cars/vans to use it when doing deliveries, or dropping into the shops/cafes/restaurants.

The parking bays are set away from the pavement. The black dots along the service road, are to illustrate that if you are in a car/van, you will need to exit once you've been to the shop, and re-join the main road. Doing the scheme in this way results in a very small reduction in road capacity (technical term for how many motor vehicles the road can hold).

I was sent an email earlier from someone who lives in Balham. They received a Wandsworth Conservatives Borough newsletter today which includes the following text:

"Your views on Balham Boulevard plans

Wandsworth Council is pulling together plans to create a Paris-style boulevard on the wide stretch of Balham High Road between Balham Station and Ritherdon Road.

The plans, which will be submitted to Transport for London, will separate cyclists from other traffic and enable a more continental-style 'cafe culture'. We'd like to hear what you think of the plans - please get in touch using the form below or the details above."

The email that they have asked for feedback to is: heretohelp@wandsworthconservatives.com

If you are supportive of the proposals, please do let them know. Worthwhile also copying in your local councillor and our London Assembly Member Richard Tracey as TfL will need to give the go-ahead for this project.

Good to see that campaigning can deliver results.
Posted by Jon at 09:40